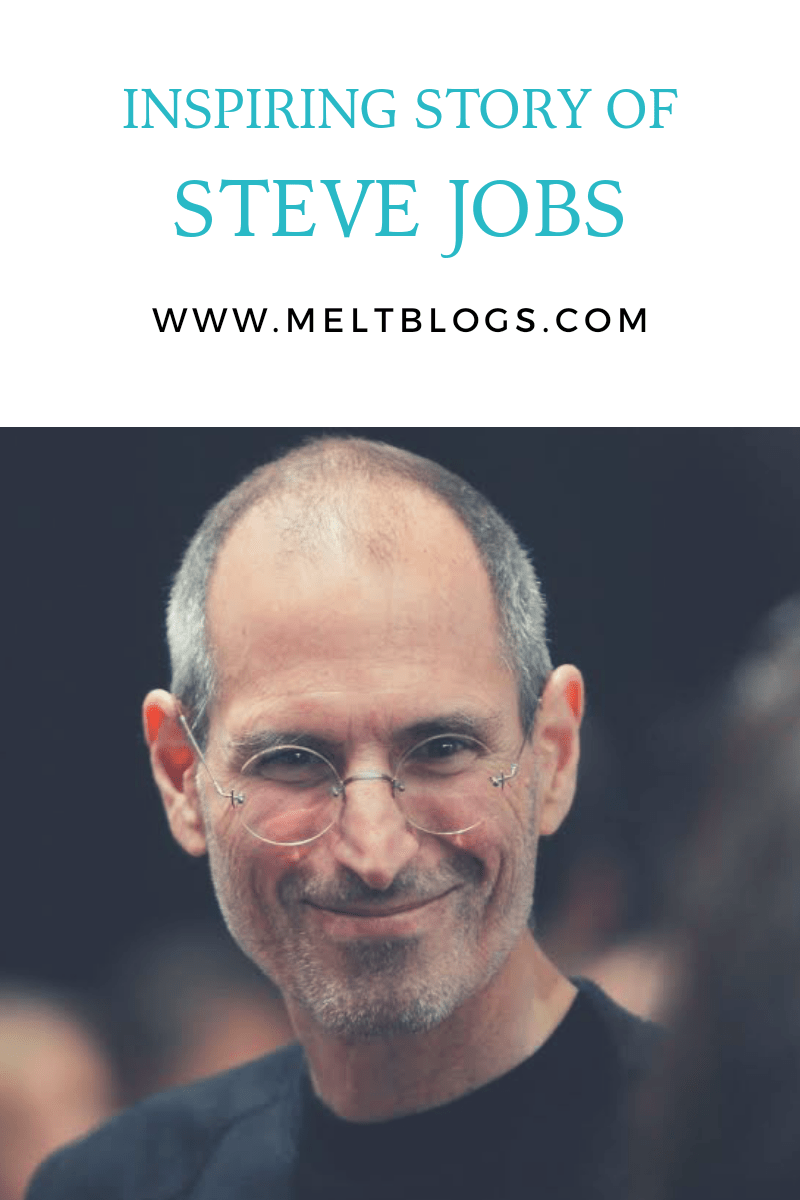 INSPIRING STORY OF STEVE JOBS: Today We will talk about the world’s largest Entrepreneur and Successful Businessman, Steve Jobs, who is the Co-Founder of Apple company.

Along with being a businessman, he is the world’s largest Motivational Speaker. He is an inspiration to all people. Despite so many difficulties in his life, he never lost courage and achieved his goals. So, let us start with the inspiring story of Steve Jobs.

The Early Life Of Steve Job

Steve Jobs was born on February 24, 1955, in California. The struggle began in Steve Jobs’ life as soon as he was born. Steve Jobs, an American citizen, was born before his mother was married. So, his mother refused to keep him with her.

Steve was then adopted by his mother and later adopted by Paul and Carla Jobs, who live in California. Both of them belonged to the middle class and despite their financial condition not being so good, they still managed to send Steve to a good school named Monta Loma.

Steve Jobs’ parents wanted to raise Steve well, and so they met all of Steve’s needs.

After completion of school, his parents now got him admission to Reed College, Oregon, which was the most expensive college. Steve already had a business plan in mind, but due to high college fees, his parents had to work hard day and night, yet they were not able to collect fees.

Seeing his parents under stress because of money issues, Steve started selling Coldrinks’ bottles, and not only this, but he would also walk to a distant temple to eat free food. even after doing all this, he could not save his college fees, and hence he decided to leave college.

After leaving college, Steve thought of promoting the plans to his already running business. Steve started doing technical work with a college friend named Wozniak. Steve came to India with his Reid College friends in 1919 for spiritual enlightenment. Then he went to his ashram to meet Neem Karoli Baba but after going there he came to know that he had died a year earlier. Steve then decided to meet Hadakhan Babaji and he began to live according to Indian traditional customs. He shaved off his head and started wearing Indian clothes.

After living a few days in India, he moved to the US again and in 1976 he built the Macintosh operating system in his father’s garage. Steve wanted to build Apple Computer to sell the operating system. But due to a lack of money, he could not start this work. He then received funding from Intel and engineer Mike Marakkulla and began work on his project.

At the age of 20, in 1919, Steve started the Apple company. Mike Scott was recruited as Apple CEO in 1978. Due to the hard work of Steve and his friend Wozniak, the company started from a small garage and became a company of 2 billion and 4 thousand employees.

But Steve could not achieve this feat for a long time because, during a 1985 board meeting, Apple’s board decided to remove Jobs from all of his roles except for the post of president. As and removed from his duties.

After being fired from the company, Steve did not give up and he set up Next Ink Company in a few years with the aim of making software. The Next Ink company achieved good success but Apple was drowning in a huge loss when Apple’s director proposed Steve join Apple again. In 1969 Steven accepted this proposal and joined Apple and he was made CEO.

When Steve came into the company, Apple used to make 250 products, but after Steve’s arrival, he started making only 10 products because he said that the quality of the product should be better than the quantity of the product.

Then Steve and the company focused their attention on making the same 10 products. In 1979, they launched the iPad in the market, which became very popular. After that, the company did not look back and started making computers, laptops, and phones. After this great achievement, the company came to a good level. The credit goes to Steve Jobs who worked hard for the success of the company.

Due to their hard work, Apple Company was given the title of ‘Machine of the Year’ in the year 1972. In 1985, he received the National Medal of Technology from the President of America. In November 2007, he was named the most powerful man by Fortune magazine. He has been awarded many awards for his success.

In 2003, Apple’s founder Steve Jobs was diagnosed with cancer and Jobs did not pay much attention to him and continued to work for the company’s growth. Then he died on 5 October 2011 due to cancer. But even today he is an inspiration to all of us.

So, readers, I hope you like this inspiring story of Steve Jobs. This teaches us that no matter how difficult our situations are, we should face them.

Only then will we be able to achieve our goal. If Steve Jobs had passed time after leaving college, he might not have been at this stage today.

So, we can say that everything happens for a reason.

Some Quotes By Steve Jobs

The people who are crazy enough to think they can change the world are the ones who do.

It is impossible to fail if you learn from your mistakes.

Your time is limited do not waste it living someone’s else life.