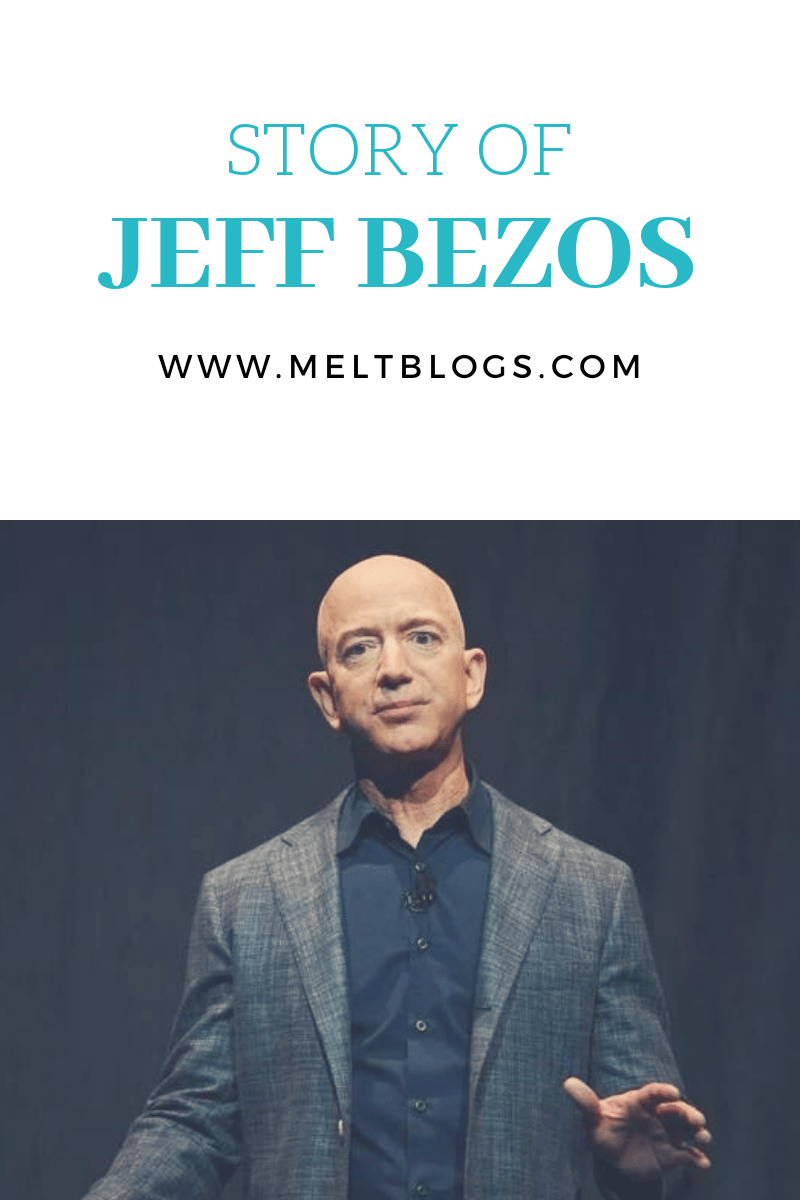 Today we are going to talk about Amazon founder Jeff Bezos, who changed the world of online shopping with his ability and innovative thinking. Jeff Bezos ranks first on the list of the world’s richest men. So let’s know Jeff Bezos’ journey so far.

Jeff Bezos was born on 12 January 1964 in Albuquerque (New Mexico). He was good at his studies since childhood. Jeff Bezos did his schooling at River Oaks Elementary School. He was very sharp in science during his childhood. His father had a garage which he converted into a science laboratory and later opened the first office of Amazon in the same garage. He graduated from Princeton University in 1986 within-subjects of Electrical Engineering and Computer Science.

Soon after graduation, he got work in the field of computer science. Jeff then worked at Network Fitel for international business. He also has experience working in a bank.

Jeff lived with his maternal grandparents. His maternal grandfather was a regional officer in the Atomic Energy Commission. And then he resigned from his post and started working on his animal farmhouse. When Jeff was 5 years old, his father got married the second time and then moved to America when he was 15 years old.

Also Read: How To Change Your Life

Before starting Amazon, Jeff was working in D. E. Shaw’s company. He left his job from there and founded Amazon on July 16, 1995, in his father’s garage. Amazon was started by 3 people and today there are about 20, 000 employees working in the world. This company has created a new history in the world. They have also changed the world of buying and selling with the Internet revolution. Today, Amazon is the world’s third-largest retailer. The company is named after the “Amazon” river flowing in South America.

Amazon has given the world a different shopping platform in which you order online and the goods arrive at your home. Also, Amazon’s services have made a place in the minds of people.

Bezos, who owns 18% of the company, has used his funds to expand into several areas. In 2013, he bought The Washington Post newspaper for $ 250 million. Also, he has invested in online startups such as Airbnb, MakerBot Industries, Uber, and Zocdoc.

In early December 2013, Bezos made headlines when he revealed a new, experimental initiative by Amazon called “Amazon Prime Air” that used drones to deliver delivery services to customers. According to Bezos, these drones are capable of carrying items weighing up to five pounds and can travel within 10 miles of the company’s distribution center. He also said that Prime Air could become a reality within four or five years.

Jeff Bezos is the richest person in the world in FY 2020.

He was awarded the “Silver Night” award.

In 1999, Times magazine honored him as the Special Person of the Year.

In 2008 News U.S. And World Report selected Jeff as one of America’s online leaders.

Jeff is called the father of e-commerce in India.

According to a report, Jeff Bezos took $ 300,000 from his parents for Amazon and invested in Amazon.

It is said that Jeff is also a kind and generous man. He donates a considerable amount of their wealth to social work.

We believe that you must have taken advantage of the services of Amazon at some time, the founder of which is Jeff Bezos, he has done many different jobs in his life and has created more than 20,00,000 jobs today. His whole life is inspiring for us.

Some Quotes By Jeff Bezos

Your brand is what people say about you when you are not in the room.

One of the huge mistakes people make is that they try to force an interest in themselves. You don’t choose your passion; your passion chooses you.

If you don’t understand the details of your business, you are going to fail.

What’s dangerous is not to evolve.

HOW TO MAINTAIN A GOOD RELATIONSHIP AT WORK?

HOW TO OVERCOME FEAR OF PUBLIC SPEAKING?

HOW TO OVERCOME FEAR OF PUBLIC SPEAKING?

HOW TO MAINTAIN A GOOD RELATIONSHIP AT WORK?