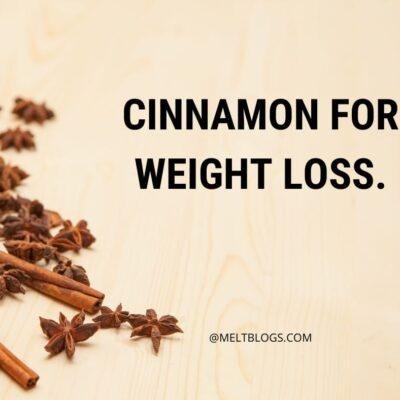 Cinnamon for Weight Loss: Cinnamon for Weight Loss: If you are very much troubled by increasing body weight, then cinnamon can be very effective for you. Yes, the medicinal properties present in cinnamon are effective in reducing weight. By using it, you can control your increasing body weight. Cinnamon boosts your metabolic rate, which reduces your body weight very fast. It also improves your digestion system. You can use cinnamon in many ways to lose weight. Let’s discuss how to consume cinnamon to lose weight.

Consuming cinnamon and honey to reduce weight is considered very healthy for the body.

To consume it, take 1 glass of water in the morning. Add a 1-inch cinnamon stick to it and boil it well. After that take it off the flame. Now add 1 teaspoon honey and drink it like tea. This will keep your body weight under control.

Consuming oats and cinnamon can reduce body weight very fast. For this, put oats in milk and boil it well. After that cook it till it becomes soft. After that add banana slices, honey, and cinnamon powder and eat it. By consuming this breakfast, your body weight can be reduced rapidly.

With Tea and Coffee

Cinnamon powder can also be included in the diet by mixing it with tea and coffee. This will give you a very good result. It can improve digestion. Also boosts your ability to lose weight.

Cinnamon can be used with food items to reduce weight. For example, while preparing any kind of vegetable, you mix cinnamon in it. Apart from this, cinnamon can be eaten by mixing it with brown rice. You can use cinnamon to reduce the increasing body weight. This will give you a very good result. However, keep in mind that if you have any kind of problem with the use of cinnamon, then consume it only on the advice of an expert. At the same time, if you feel any kind of problem after eating cinnamon, then consult a doctor immediately.

How to boost mental health?

How to boost mental health?