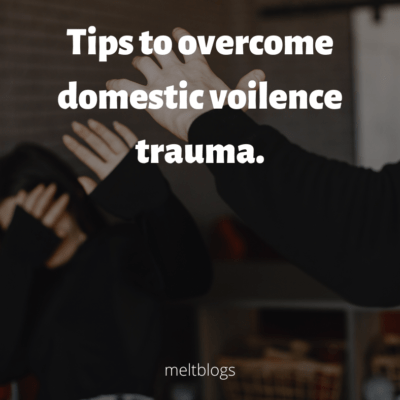 Tips to overcome domestic violence trauma: A very large population of women in our country faces domestic violence. But they fail to talk openly about it. In the last few months, we all have heard about many cases of domestic violence and there have been many discussions on this issue. Meanwhile, the Johnny Depp-Amber Heard trial case also played its part. However, a person who is exposed to any form of abuse or violence knows the effect it has on their physical and mental health. Also, when there is constant violence and abuse in their home environment, the trauma becomes severe.

What does domestic violence mean?

An abusive relationship means there is no respect for each other between the two partners. Domestic violence occurs when someone tries to control the person close to them. This can include anything emotional, sexual, or physical abuse. Mostly it happens to women, but sometimes men are also victims of it. Particularly of verbal and emotional violence.

Domestic violence or abusive behavior of any kind is never acceptable, whether it is with children, old people, men, women, or anyone. Everyone deserves to feel respected and safe. Physical injury is dangerous, but emotional abuse has an even worse effect. There is a common pattern of violence in domestic abuse, so it is very important to recognize the cycle of abuse.

Also Read: Tips for getting along with difficult people.

Recognize that your relationship is abusive

The first and most important step is to recognize that your relationship is abusive. Since the abuse doesn’t always have to be physical, it can also be mental or emotional abuse that you don’t recognize.

Speak up for yourself and love yourself

People who have experienced any kind of trauma feel insecure. Also, they have difficulty establishing connections with people. To come out of this, it is very important to increase self-love and social interaction. Being with someone you can trust or share ideas with works best.

An abusive relationship can have a profound effect on your mind. Hence it is important to consult a psychiatrist to seek therapy to get out of this shock. Therapy will help you become emotionally and mentally stable.

People gradually begin to recognize the impact of the harassment they have experienced. So they should start redefining themselves. Make a new start for yourself and make a new future. Healing is not an overnight process, it can take many years. It can have a long-lasting impact, but spending time with your family and friends and getting help from a mental health expert will help you overcome the trauma.

There is nothing in the world that cannot be healed. You just need to make continues efforts for the same.

How to improve digestion naturally?

Oils for hair growth and thickness.

Oils for hair growth and thickness.

How to improve digestion naturally?