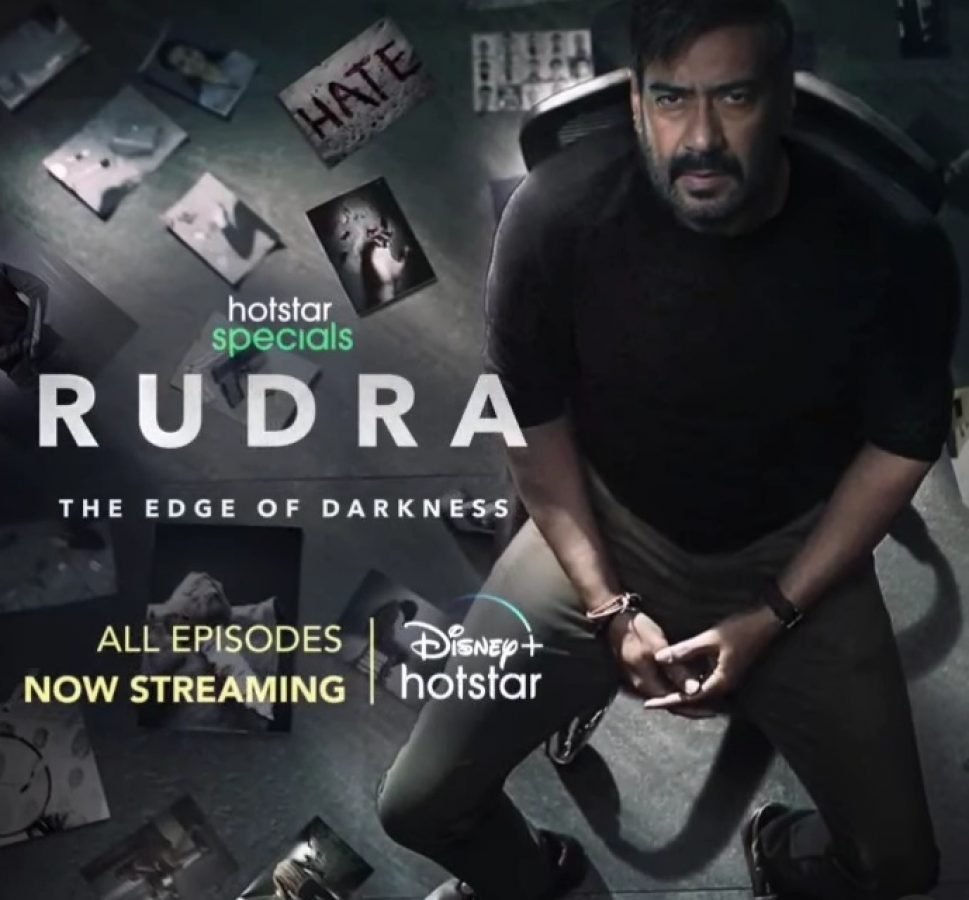 Ajay Devgan’s first web series Rudra The Age of Darkness was released on 4th March 2022. Ajay’s fans were eagerly waiting for his first series. This time Ajay will be seen messing with many psycho killers.

Everyone was waiting for Ajay Devgan’s OTT launch. Although Ajay is a police officer like Singham movie, in this series, instead of dialogue and action, he does an investigation, which drives his mind. So, it is assumed that Ajay Devgan’s fans are going to love this series because everything is there in the series. It revolves around Ajay Devgan’s character in the series and its villains.

The storyline of the series

Like the rest of the series, ‘Rudra the Age of Darkness’ does not have a single story, in fact, it has many forbidden cases, and villains and every villain is psycho. Some kidnap women and drink their blood, and some kill the policeman.

But there are a few things that keep the series linked, DCP Rudra’s (Ajay Devgan) wife Shaila (Esha Deol) her live-in partner, and the police team, as well as the killer of the series, Alia Choksi (Rashi Khanna).

A series where villains who are not afraid of the police

If you decide to watch this movie, you would not be able to leave it in a mid-way, it will keep you that much interested in the story. In the series, you will see, many thrilling scenes and none of the villains is afraid of the police. You will see them accepting their sins in front of the police, but because of lack of evidence against them, will keep them free. So, you will see how challenging it will be for the DCP Rudra and the police team to collect the evidence in each and every case.

Not so perfect scenes

All series or movie is not perfect, there are flaws in everything we watch, although the series is worth watching, there are still many investigation processes that are questionable and incomplete, you will get to know only after watching the series(I am not going to reveal the suspense). But still, they can be forgotten because of the fact that all the actors have done an amazing job.

Many of us love to see a love angle in all stories. But in this series, you will see how DCP Rudra is perfect in his job but less competitive when it comes to handling personal relationships.

Apart from DCP Rudra (Ajay Devgan) in the series, there is another character, that will grab your attention and slowly you will start liking it. If so, she is also a psycho in the series, but her one-sided love for DCP Rudra and her genius mind will keep you constantly attached to her character.

The name of the character is Alia Choksi (Rashi Khanna), who is the villain of the first episode of this series. After killing her parents, she kills the dog and hides the gun in his body, whose post-mortem is not done, the reason why DCP Rudra forgives her is unknown throughout the series. Later she harasses Rudra’s wife’s lover, also you will see her murdering to help Rudra.

Every actor did a fantastic job

Ajay Devgan and Rashi Khanna may have been primarily focused. But all the other actors whether it is KC Shankar, Satyadeep Mishra, Milind Gunaji, Atul Agnihotri, or Tarun Gehlot all have done a great job. Ashwini Kalsekar has also seemed in a slightly upscale role after a long time. Esha Deol’s return through the OTT series is definitely unexpected. But the heroine of this series is in a way, Rashi Khanna.

There are no unneeded scenes in the series

If you are planning to watch this series here is the trailer.

PreviousList of things that increase the inflammation-causing DNA damage in the body, cut them out soon from your diet.NextMovie Sharmaji Namkeen: Finally got a release date.