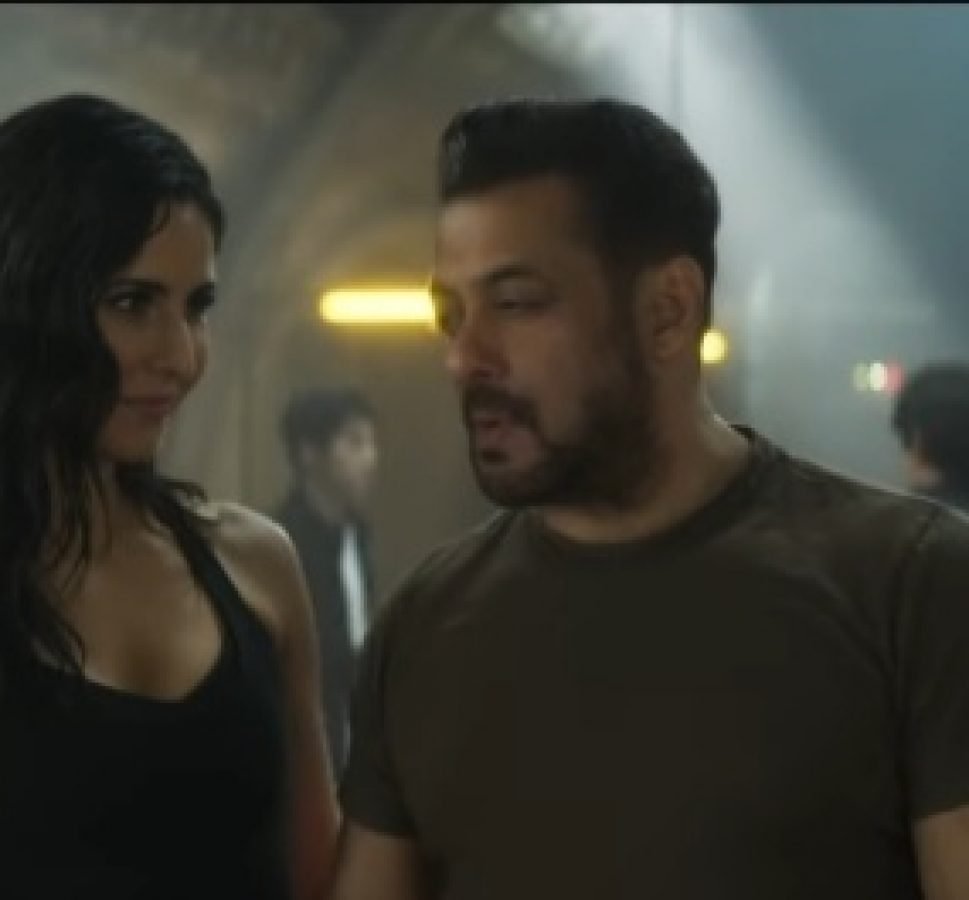 Tiger 3 teaser: Salman Khan, Katrina Kaif ready for their next movie. Katrina Kaif shared the first teaser from Tiger 3 and announced that the film will release on Eid 2023. The film also stars Salman Khan.

Also Read: INDIA’S GOT TALENT: SHILPA SHETTY BREAKS A GLASS BOTTLE ON ROHIT SHETTY’S HAND AND ASKS FOR A ROLE IN HIS FILM.

It’s been a long that we all have been waiting for the news related to Tiger 3 but the wait is over now. Salman’s and Katrina’s fans were overjoyed in watching the teaser. “Too cool, The theme music still gives me goosebumps,” Commented Kabir Khan. Tiger 3 is the third in Katrina and Salman’s series of action films. It will be directed by Maneesh Sharma. In the Tiger Franchise movie, Salman Khan plays Indian spy Avinash Singh ‘Tiger’ Rathore, who falls in love with a Pakistani spy Zoya Humaimi ( Played by Katrina). The shoot for the third franchise film was recently on in Delhi and its nearby area like Noida. Some fans even posted pictures of the stars from the shoot locations on social media on Thursday and Friday.

Before that, Katrina and Salman also shot the movie in Austria, Russia, and Turkey. In this Tiger franchise, Emraan Hashmi is also there. The first Tiger franchise film called Ek Tha Tiger came out in 2012 and was directed by Kabir Khan. The film received a super fantastic response. The second franchise of the movie named Tiger Zinda Hai had released in 2017 and was directed by Ali Abbas Zafar. Salman and Katrina have featured in both franchises.

In the 1-minute-8-second teaser, Katrina can be seen doing some action series. She then finishes her shoot and calls Salman to put an end to the scene.

Tiger 3 is the third film in Katrina Kaif and Salman khan’s Tiger franchise. Directed by Maneesh Sharma and bankrolled by Yash Raj Films, Tiger 3 has been shot at locations both in India and outside.