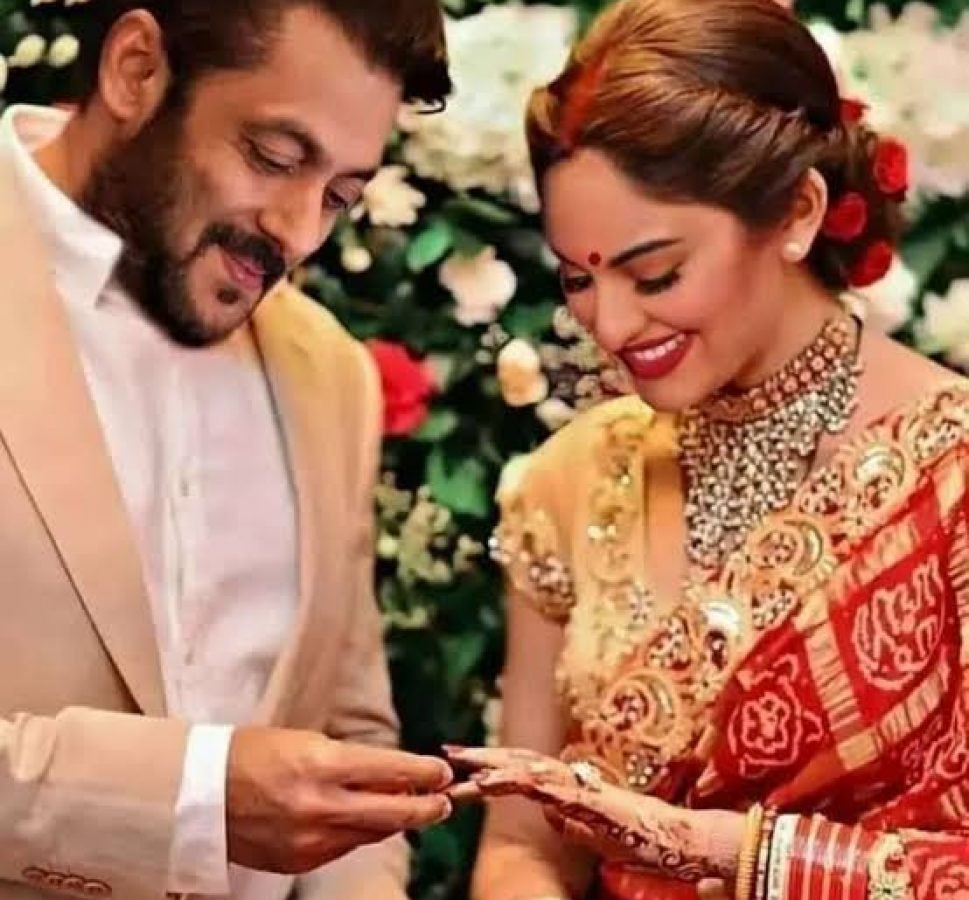 Salman Khan-Sonakshi Sinha Wedding: Surprising news has come out about Salman Khan. There is gossip that the actor has tied the knot with his co-star Sonakshi Sinha. The picture of Salman Khan wearing a ring to Sonakshi is also going viral. Know what is the truth of Salman Khan’s marriage? Is this picture true?

Sonakshi debuted opposite Salman in the Dabangg movie. Now the rumors are spreading that Sonakshi has been married to the most eligible bachelor of the film industry. Are not you surprised too? The Dabbang khan’s fans read prayers for his marriage, now hearing the news about his secret marriage that too with his co-star Sonakshi Sinha.
Before you lose your senses, it is important to get you to the base of this news.

Salman got married to Sonakshi? Let’s find out the real news.

If you are active on social media then you must have also seen the wedding photos of Salman Khan and Sonakshi Sinha. In the picture, Salman is wearing a ring to Sonakshi. You can see how happy Sonakshi is looking in the picture. After seeing this photo, many questions must have come to your mind whether it is also true or false. And without keeping suspense, let us tell you the truth of this news. Like this viral wedding photo, this news is also completely false and wrong.

So, what is the truth behind that Salman’s marriage picture?

This viral photo on the internet is actually photoshopped. It has nothing to do with reality. Our favorite Salman Khan is still the most eligible bachelor. He is not at all married to Sonakshi Sinha. Surely there must be a fan of Salman khan who became so impatient with the desire of his marriage that he made this edited photo. Salman Khan is unmarried as before.

After knowing the truth of this news, some people must have been disappointed while others might be happy. Now on which day Salman Khan will marry, whether he will or not, only time will tell. Till then, the fans can take a giggle only after listening to the news coming about their love life. Talking about the equation of Salman and Sonakshi, it was Salman Khan who made Sonakshi’s debut in his film. Both are seen together in the Dabangg franchise.

What do you have to say about this fake photoshopped photo of Salman and Sonakshi?

PreviousWhy People Don’t Like Me? (Honest Reasons)NextIndia’s Got Talent: Shilpa Shetty breaks a glass bottle on Rohit Shetty’s hand and asks for a role in his film.