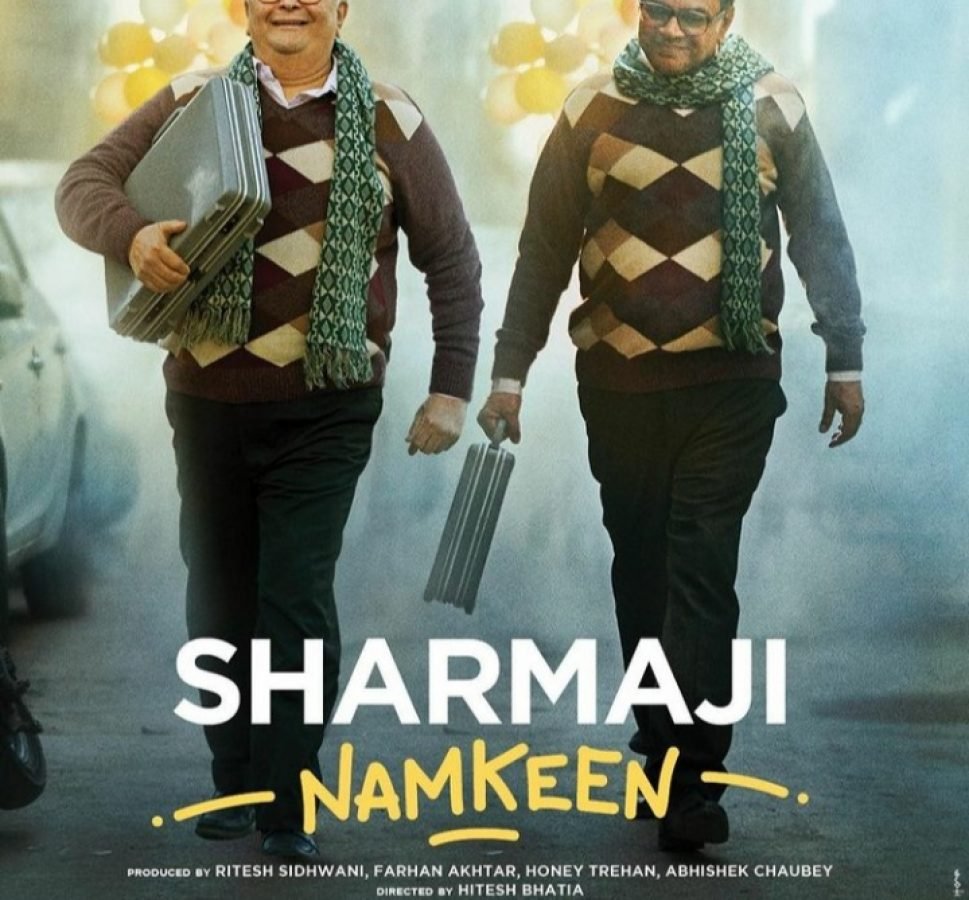 Sharmaji Namkeen is the actor’s last screen appearance, and it will be premier on 31st March on OTT.
The movie has been directed by Hitesh Bhatia, and the movie will be released on Amazon Prime Video, which was announced in a statement on Wednesday.

The trailer of the movie shows a “relatable and moving story of self-realization and finding”, the movie observes the life of a recently retired man who finds his passion in cooking after joining a raucous women’s kitty circle.

Producer Ritesh Sidhwani of Excel Entertainment said, “‘Sharmaji Namkeen’ is a slice-of-life story of an ordinary man and his extraordinary search to find a new meaning in life. We are humbled and thankful to work with the legendary actor, the late Rishi Kapoor, for this epic family entertainer, which remains his last onscreen portrayal. The movie is our tribute to his commanding stardom and charm.”

Lead actress Juhi also shared the posters and the exciting update with fans on social media, with the caption, “Aa rahe hai Sharmaji, Hamare life me lagane tadka.” You can see the poster of the movie below.

Rishi Kapoor passed away in April 2020, at the age of 67, after a two-year-long battle with leukemia. After his sudden demise, the makers decided that actor Paresh Rawal will finish the remaining portions of the film, making it a good example where two actors played the same character in one movie.
Rishi Kapoor’s contribution to Bollywood will be cherished forever.

PreviousWeb Series Review: Rudra The Age of Darkness.NextReason of tingling in the hands and feet, do not ignore it.