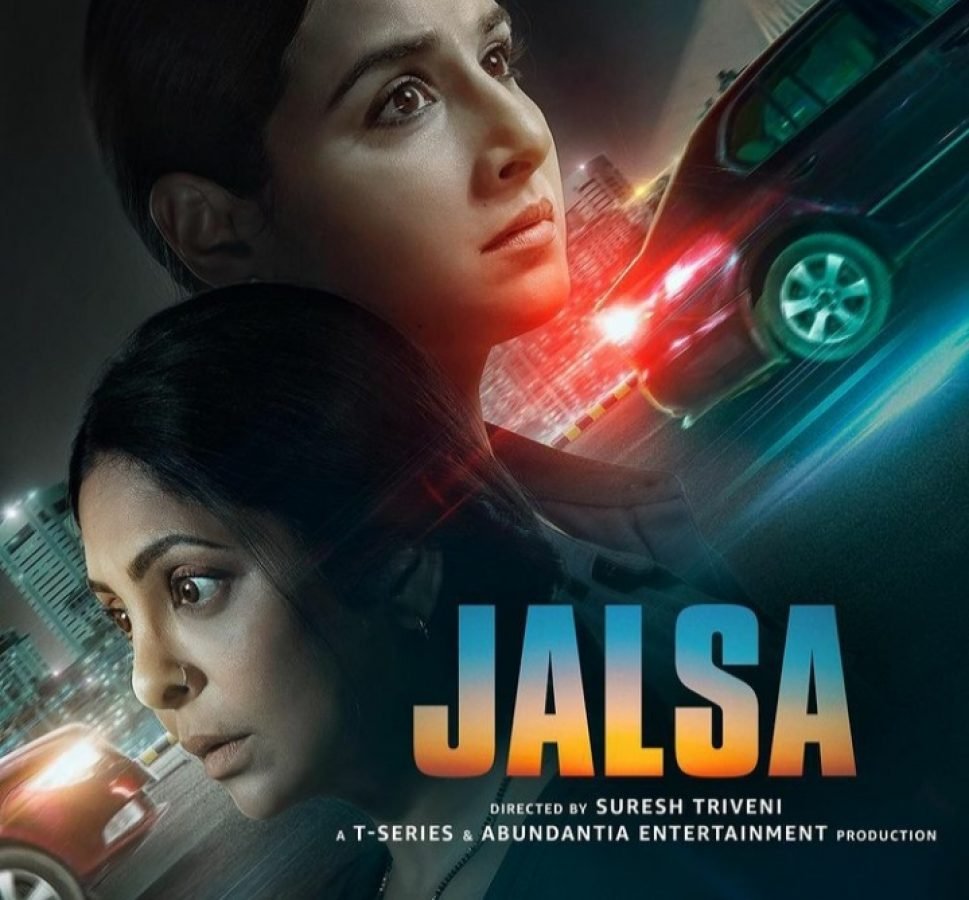 Jalsa Movie Review: Shock. Thrill. Threefold Dose of Suspense, Vidya Balan-Shefali Shah’s Amazing Jalsa Review: Vidya Balan and Shefali Shah have brought Jalsa among the audience. Today we will share the reviews of the movie that is released on the occasion of Holi.

As we all know box office collection of The Kashmir Files is increasing. The Kashmir files have made it challenging for Akshay Kumar’s Bachchan Pandey. Questions have also originated regarding the film collection. But amidst the success of The Kashmir Files, another director has taken a good decision to stay out of the box office collection race. So, he decided to release his movie on the OTT platform Amazon Prime.
The name of the movie is Jalsa and the director of the movie is Suresh Triveni.

Maya Menon played by Vidya Balan, is a journalist by profession. Maya, who recognizes is known for asking difficult questions and sticking to the truth is her identity. Whether a judge or some other person stands in front of her, no one can question her honesty and integrity towards journalism. But then takes a massive turn in her best career. An accident happens, hit and run case. Late night, a speeding car hits a girl. This girl is the daughter of Made Ruksana (Shefali Shah) who works as a chef at Maya Menon’s house. Not just does she cook food, but she also takes complete care of Maya’s child.

In a way, their relationship is like a family. But this accident of Ruksana’s daughter fills Maya’s life with restlessness. She cannot focus on work, a journalist who is known for her perfection starts making mistakes. Now Maya’s worry is only her love for Ruksana’s daughter. Who hit Ruksana’s daughter? Is there something that Maya is hiding? Many more questions arise, that you will get to know only after watching the movie Jalsa.

The story of the movie is irresistible

The movie length is of 2 hours 6 minutes. But once you start watching this movie, you would not be able to take a break. The story will keep you so much interested in it, that you will stick to the screen until you do not watch it till the end.

It only means that director Suresh Triveni has gained full marks in his work. There is no roller coaster ride story and turns, but still, its a lot of fun to watch. The good thing is that many happenings have been shown together, but still they managed to keep it clean and understandable. Everything is neatly served in the movie.

Vidya and Shefali are excellent, other actors are amazing too. The story of Jalsa has kept the audience so hooked and credit goes to its actors who managed to keep them interested throughout the movie. Let’s talk about Vidya Balan, once again an example of outstanding performance has been presented. You will see so many shades of one character in the entire film.

Now where Vidya’s acting is perfect, then Shefali Shah has also left an in-depth impression in the audience’s heart. She molded herself into a maid’s character gracefully that you will praise her too.
Apart from Maya, there are other journalists too and you will not be able to ignore their work too. Maya’s child is role is played by Surya Kasibhatla. Though he is young, but the style in which he has played the characters, will be make you wish to see him more.
The girl who has an accident in the film – Kashish Rizwan, her role is short but the story revolves around her.

Jalsa’s strength is seen in its story and acting, and director Suresh Triveni has done a great job. There is no doubt in saying that you will be completely amazed while watching the movie.

The emotions in the movie will keep you tied with the story till the end. As this one of the best stories I have seen, for the great performances of the actors, I would suggest you to watch this movie atleast once.