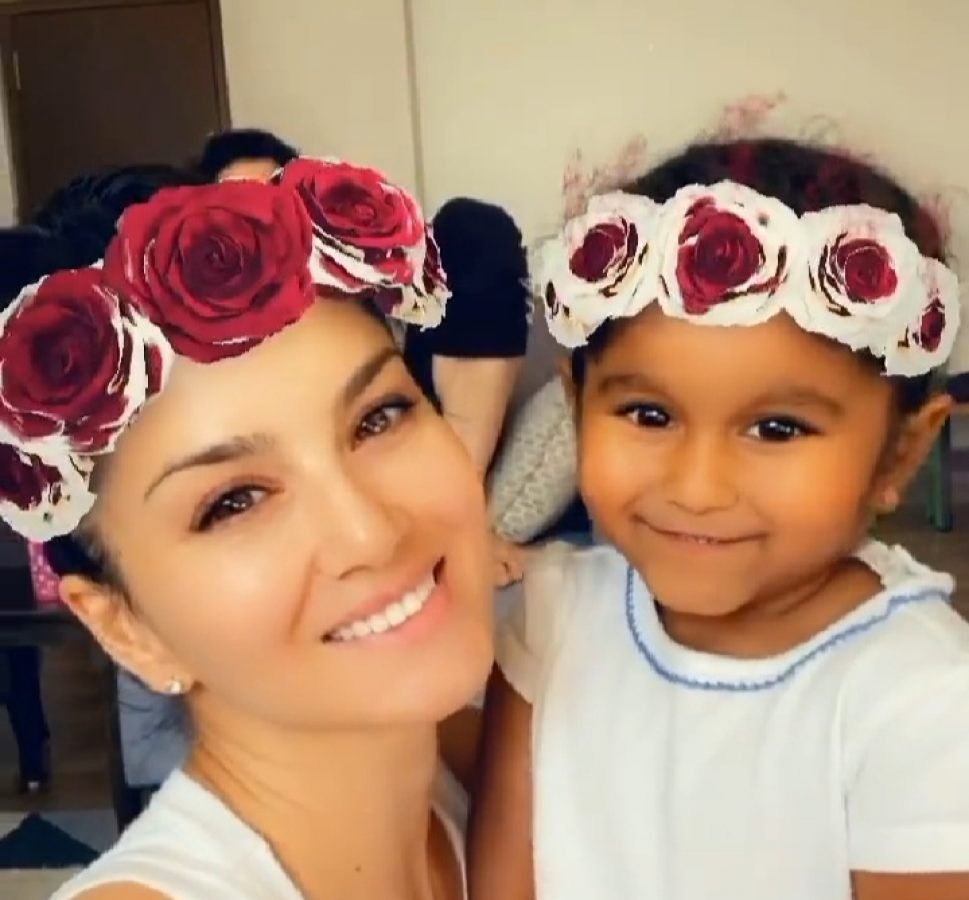 Did Sunny Leone adopt daughter Nisha Kaur Weber for publicity? She replied to haters. It’s not new that the public raises questions about famous people’s parenting styles. Hence, many times Sunny Leone is been targeted for the same.

Recently, we saw people trolling Sunny for not holding her daughter’s hand. But this time, Sunny decided to break the silence on all these criticisms. The actress has called it quite immature and unreasonable. Want to know what Sunny said about her parenting?

As we all know that Sunny Leone has three children, and daughter Nisha was adopted by the couple.

Bollywood’s famous baby doll Sunny Leone was recently Sunny Leone was spotted with her children and was being trolled for not holding the hand of her daughter Nisha Kaur Weber. Meanwhile, Sunny had held the hands of both the sons and Nisha was walking alone. Many people could not digest the fact that why she was not holding the hand of Nisha. Hence people found a reason to raised questions about Sunny’s parenting.

Also Read: India’s Got Talent: Shilpa Shetty breaks a glass bottle on Rohit Shetty’s hand and asks for a role in his film.

Trolls accused Sunny Leone that the actress adopted Nisha Kaur Weber for publicity. Now Sunny Leone decided to break the silence on these allegations. In an interview with DNA, Sunny Leone said- I think the person who wrote this is not a part of my daily life. I don’t want to be judged by just mere a picture for my parenting. Before judging me while sitting at home, try to live at least 5 minutes of my life.

”that is ridiculous and childish. Any parent will know what it is like to raise children. They would know how to raise more than one child. For whatever comments were made, I will only say that “grow up”.

Daniel Weber and Sunny Leone are the parents of three kids. We all know that the couple adopted Nisha. At the same time, Noa and Asher were born with the help of surrogacy. Sunny Leone loves her three kids very much. The actress keeps sharing her pictures on Instagram. Sunny is good at maintaining a balance between work and family.

Talking about the work front of the actress, she will soon be seen in the web series Anamika. It is produced by Vikram Bhatt. In this series, we will see the 2.0 avatar of Sunny Leone.

PreviousNSE IFSC: Opportunity to earn from US companies, buy-sell shares of Google-Tesla sitting at home.NextTiger 3 teaser: Salman Khan, Katrina Kaif posted the teaser of Tiger 3 on their Instagram, film out April 2023.